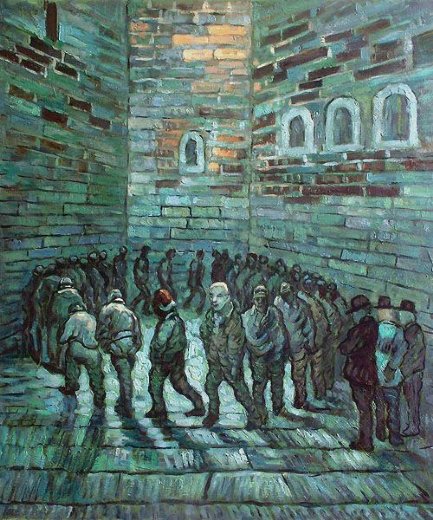 My wife and I would like to live a few more decades before the natural ebbing of life takes us to another world. We want to avoid being stabbed to death.

Jay was a dangerous man. He’s also our nephew. How could the state of California do that?! What the hell are those guys thinking, on the parole board?

“Help me, help me, please!” Jay moaned, lying in the front yard of a complete stranger. A woman peeked at him through a window and summoned her husband from another room. Jay was a teenager barely two months into adulthood. Beneath his veneer of desperation lay a darker desperation. Jay was in a blind, drunken rage. He had decided to kill the first person he saw, and he hoped to draw someone from the house.

Why the rage? Was it because he imagined he was jilted, by a girl he had a secret crush on in high school? No, according to the transcript it went much deeper than that. This was merely the trigger.

Was it because he’d been raised by a mother who had abdicated ordinary parental supervision, losing herself in a fantasy world of Wicca and hoarding? Perhaps, but his rage also plumbed deeper than that.

Was it due to living in a house with boxes piled to the ceiling, blocked off rooms, and narrow aisleways between the junk, crowded in with his mother and brother? Claustrophobic conditions can be stressful, but there were even deeper depths to Jay’s rage.

Was it because his brother, who was six years older than him, still lived at home? This same brother who had molested him at a young age, and who bullied him throughout his life? Certainly this could produce rage, but there was still more.

There was also a father who’d been tragically killed in a car accident when he was only two years old. A good father, who would have protected him from his crazy mother and deviant brother.

So Jay had sipped vodka from his hidden flask, while at high school, then walked home feeling angrier and angrier with each step. Normally alcohol calmed his rage, but this time it was like throwing gasoline upon a fire. At home he drank more, until his vodka-fueled rage propelled him from his house like an unguided missile, and with murder on his mind. He vowed to kill the first person he saw.

Her husband left the safety of their front door to assist this prostrate stranger in his front yard. She watched him lift Jay off the ground, then saw the young man draw a knife from his waistband. A bloody struggle ensued, as Jay plunged the knife repeatedly into her husband’s body, and slashed at his defensive arms and hands.

Had Jay been sober, her husband would not have stood a chance. But he drunkenly lost his balance, and in that split-second her husband grabbed a large rock and clobbered Jay over the head. Dazed, he broke off the attack and staggered away.

Within minutes an EMT team staunched her husband’s bleeding and saved his life. Over the next few months and years, surgeons repaired much of the damage to his arms and hands. But he will never be completely whole again, either physically or emotionally.

Deputies tracked Jay’s muddy footprints to his house and arrested him the next day. Initially he plead not guilty by reason of insanity. But later he changed his plea to guilty and received seven years to life. The DA promised he’d never be released.

But now, after just ten years behind bars, he’s being released.

Our fear was that he was crazy enough to hurt someone again. Perhaps us. We’d never harmed him, but neither had the stranger he stabbed, who was simply trying to help him. Suppose one day he showed up at our front door, asking for help? Would we dare let him in? Would we dare to even open the door?

How could the parole board possibly release someone as crazy as Jay? Especially when it was his first try for parole? It’s rare to release anyone with a life sentence on their first time up for parole. What the hell were they thinking? I contacted the parole board for an answer. They sent me a transcript of the parole hearing. I read every page.

Jay has spent the last ten years doing everything possible to reform himself. He’s kept out of trouble, for the most part. He’s stopped drinking, and attended substance abuse and self-help classes in prison. He’s reflected deeply on his crime and his childhood. He’s developed an impressive philosophy about life. He seems truly contrite and empathetic with his victim and victim’s family. He has a detailed plan for earning a living outside prison. And he plans to stay away from his mother and brother after being released.

Here is a man who has not lived in denial. He’s confronted his crime and his childhood with candor, and with determination to change his life.

He made an unusual impression upon the parole board, which they admitted.

The parole hearing occurred several months ago. If Jay stays out of trouble, he will be released before the end of this year. He will settle in a city far away from his victim, and far from where my wife and I live.

After reading the parole transcript we feel less worried about Jay’s upcoming release. But still, who knows?

Only time can prove the wisdom of the parole board’s judgment. 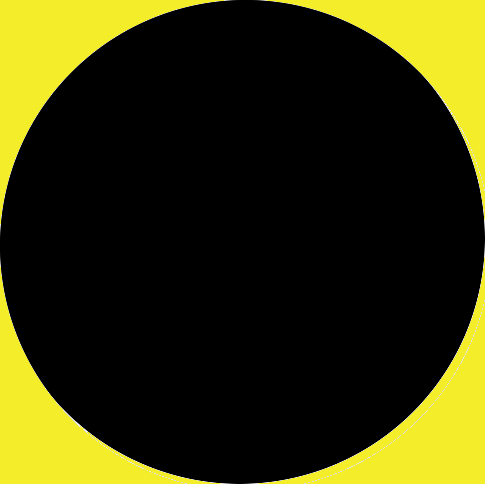 I’m trying to wrap my head around the latest astronomical discovery. On September 14th of last year, the scientific world was gobsmacked when astronomers at the LIGO observatory detected the gravitational waves of two colliding black holes.

They converted these gravitational waves into audio waves, and it sounded something like a drop of water from a dripping faucet.

By the way, LIGO is not to be confused with LEGO. LIGO is the Laser Interferometer Gravitational-Wave Observatory. LEGO is what you step on when trying to take a leak in the middle of the night. LIGO is the only such observatory of its kind. Except that it’s actually two observatories that work in conjunction with each other; one in Washington state and the other in Louisiana. It’s been operating since 2002, while detecting absolutely nothing worth anything. But that all changed last September, when it picked up the drop heard ’round the universe.

Somehow, this drip-dropping noise proved one of Albert Einstein’s theories related to relativity. This is the theory that my relatives are the ones who forget to tighten faucet handles. However, they say that the “sound” produced by this black-hole collision released three times more energy than all the galaxies in our universe combined. This to me is further proof of relativity, because some of my bumptious relatives can actually shout that loud.

The black holes collided 1.3 billion years ago, at a distance of 7,625,404,800,000,000,000,000 miles from Earth. They were both about 30 times the size of our sun, and were spinning around each other at several thousand revolutions per minute. That’s a pretty reckless speed for two objects of such Pantagruelian proportions, so naturally these lumbering titans had to collide sooner or later. Good thing we Earthlings kept a safe distance.

Now the question I have is, what happens when two black holes swallow each other? Shouldn’t it create some sort of anti-black hole, and force them to regurgitate up everything they’ve been consuming for billions of years? Back in my math school days, I learned between naps that a negative number multiplied by a negative number always equals a positive number.

So I have a positive attitude about this black-hole collision. I think they’re going to spit up all the stuff they’ve been stealing from the universe, and we’re going to recover lost property. Who knows what sort of wonderful marvels may emerge from the site of this cosmic accident? We should send a space exploratory mission to the site of the crash. Hey, what’s a few extra trillion dollars added to our national debt?

As you can tell, I’m no Albert Einstein. My thinking about this is about as far-off in outer space as the black-hole collision itself. But after 13 years of listening to nothing, then becoming elated when they heard the sound of a dripping faucet, I draw this conclusion about the astronomers who made this discovery:

With great embarrassment and contrition, I’m writing this post to apologize for yesterday’s post. Yesterday I posted a sign in the widget sidebar that said, “Your Ass Here.” I intended that sign to read “Your Ad Here,” and have now corrected the spelling. I can explain this mistake, and I hope you’ll be kind enough to hear me out.

It is not my policy to post profanity on my blog. At least, not in such a conspicuous manner. This is a family blog, and children read my posts.

By the way, the following message is for any child who saw yesterday’s post: 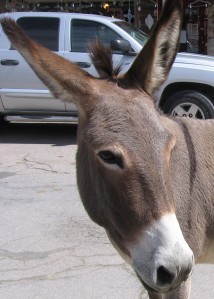 Kids, the sign you saw on Uncle Tippy’s blog that read, “You’re Ass Here” was about donkeys. Just like the donkey named Eeyore in Winnie the Pooh. Did you know that “ass” is another word for donkey? So that’s what my sign was about. I wanted to see pictures of donkeys on my blog.

Now stop reading. The rest of this post is for adults only.

Alright, let me continue. I’m sorry for misspelling the word “Ad” yesterday. It’s nobody’s fault but my own. I’ve been having a bit of trouble in the nether regions lately. Seems I’ve developed an allergy to Preparation H, and my hindquarters have been foremost on my mind these days. The best way I can put my finger on it is, I felt an itch at the exact moment I created the sign, and the wrong word must have slipped into my spelling.

I’m a real asshole for allowing that to happen. And I’m definitely a shitbird for not proofreading my post. I mean, fuck me to tears, this is one of the stupidest things I’ve ever done.

I hope you’ll forgive me, and I promise never to let it happen again.