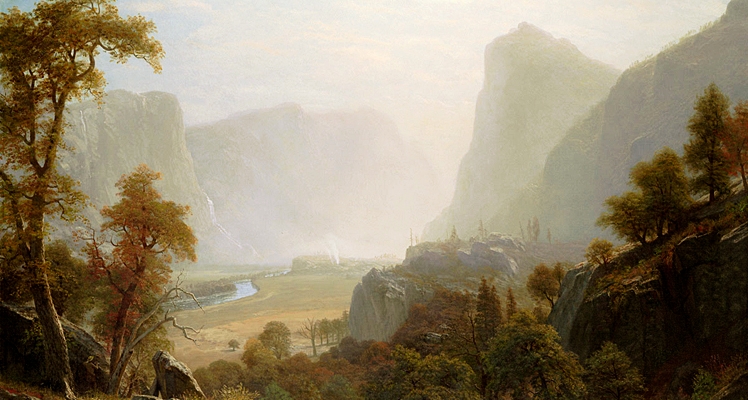 On January 17, 1851, Savage and Burney’s expedition encountered a village of 500 Indians from various tribes, including Ahwahnechee, Chookchancies, Chowchillas, Honahchee, Kahwah, Nootchu, and Potoencie. They managed to avoid detection, and this allowed them to employ the element of surprise. They spent the night planning an attack, and the next morning put the plan into action.

The settlers charged the village, set fire to shelters, and then gunned down Indians as they attempted to fight back or escape. But maybe they should have gotten some sleep before they made this attack plan, because the fires they set to the shelters proved something of a miscalculation. The smoke gave most of the Indians enough cover to escape unharmed. However 24 of them were killed. There was no loss of life for their white attackers.

The expedition might have pursued the escaping Indians, but the fires they set in the village got out of control and ignited the surrounding forest. This conflagration forced them to retreat back to Mariposa.

By February, a federal force and a state militia got involved in the hostilities. Their strategy was laid out by a Colonel J. Neely Johnson. Johnson took charge. He gathered the forces together and instructed them that their objective was to induce as many tribes as possible to sign a treaty to live on a reservation. Those tribes not agreeing to sign such a treaty would be subdued by force.

He also reminded everyone that they were trespassers on Indian lands, and that because of this it was imperative to be as sympathetic as possible to the foe they were about to fight.

Treaty councils began in March, and by the end of the month more than 16 tribes had signed agreements with the federal government. These treaties promised them reservation land along the San Joaquin River, in California’s very fertile San Joaquin Valley. By the time all was said and done, more than 8 million acres of land was promised to various tribes, along with substantial monetary aid for establishing farms and ranches. And they were promised that they would retain hunting and gathering rights in their traditional homelands.

Meanwhile former king, James Savage, was commissioned as a Major, to lead an expedition against those tribes that refused to sign a treaty. His Mariposa Battalion marched to the Wawona area, about a dozen miles south of Yosemite Valley. On March 24, 1851, they encountered a Nootchus village, and forced their surrender. Major Savage then sent an Indian runner to Chief Tenaya of the Ahwahnechees (aka Yosemites), offering a treaty, and explaining the treaty’s guarantees.