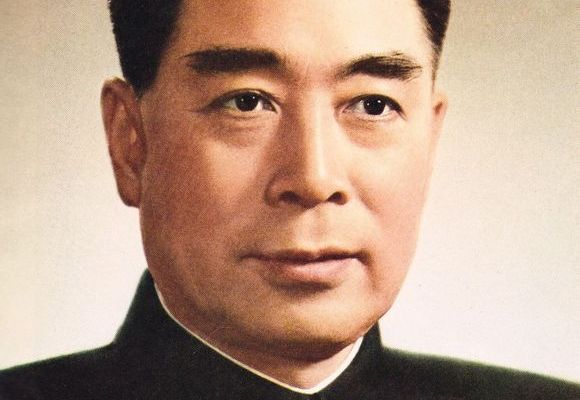 Chapter 30: The Death of Zhou Enlai

Chapter 30
The Death of Zhou Enlai

Zhou Enlai had been a stabilizing force in the Communist Party, and a big reason why the government was able to survive the Cultural Revolution. He was also very popular with the people. Almost as popular as Mao.

Zhou and Mao also had a history of working well together. Their history went way back to the hardscrabble, bloody days of the Civil War. Zhou had masterminded the Long March of 1934-1935, and during that march, Mao got into a power struggle against two other Communist leaders. Zhou backed Mao, and helped him to emerge victorious.

Mao’s victory in the power struggle of the Long March put Mao on top as the leader of the Chinese Communist Party, and established Zhou as Vice-Chairman, in second rank behind Mao. They would both maintain high-ranking positions for the rest of their lives.

Zhou was very popular in China. He was a highly regarded national hero, and this made him almost as untouchable as Mao. Not only had he been a longtime ally of Mao, but Mao must have realized that going after him could easily backfire.

Mao and his wife, Jiang Qing, were both fearful and jealous of Zhou’s popularity. Mao wisely laid off of him, but during the early years of the Cultural Revolution, Jiang was determined to somehow get to Zhou. Since she couldn’t safely attack him directly, she decided to punish him indirectly, by going after those closest to him.

She had his adopted daughter, Sun Weishi, arrested by the Red Guards. They raped and tortured her for seven months, before she finally died in prison in 1968. That same year, Jiang had the Red Guards torture and murder his adopted son, Sun Yang, in the basement of Renmin University. And again that year, Jiang forced Zhou to sign an arrest warrant for his own brother.

This must have been hell for Zhou, but he somehow survived. And he managed to maintain his sanity, as well as his commitment to the Chinese people. He did his best to mitigate the effects of the Cultural Revolution, but only met with very limited success. But it was enough success to keep the fabric of society from completely unraveling, and to maintain a small, simulacrum of moderation within the Communist Party.

Jiang hated Zhou, and the feeling was probably mutual. So after Mao named Zhou to be his successor, Jiang and her Gang of Four stepped up efforts to persecute him. In 1973 and 1974 they directed the Criticize Lin, Criticize Confucius campaign. This propaganda campaign cast Confucius in an unflattering light, and attempted to equate Zhou with Confucius, in order to turn public opinion against him.

In 1975, Jiang and the Gang of Four began a new campaign called, Criticizing Song Jiang, Evaluating the Water Margin. This too was an elaborate attempt to paint Zhou as a bad politician.

But these campaigns were not very successful. Zhou was almost as beloved as Mao, and the people didn’t buy into it. He was like Teflon and seemed immune to any of Jiang’s nefarious propaganda campaigns.

Mao’s opinion of Zhou had very briefly warmed in 1972, leading him to name him as his successor. But he cooled to him soon after, because he didn’t like how Zhou had been trying to reverse and modify some of the effects of the Cultural Revolution. But he knew it was too dangerous to go after him directly. Instead, he would have to wait for some sort of chance to take him out sneakily.

That opportunity presented itself in November 1972. That’s when Zhou was diagnosed with bladder cancer. But his medical team was required to report this news to Mao first. In their report, they told Mao that Zhou had an 80-90% chance of survival, with treatment, which would include immediate surgery. But Mao ordered that Zhou should not be told of this diagnosis, and that there should be no treatment nor further examinations.

By the middle of 1974, Zhou was pissing blood and probably wondering what the hell was going on. It was now impossible to hide his diagnosis, so Mao ordered surgery in June, 1974. But it was too late to be very helpful. The cancer had metastasized.

Zhou made his last public appearance in January 1975. His health went steadily downhill after that, and he died of cancer in January 1976, at the age of 77.

Come on back in a few days for the next installment, entitled Chapter 31: The Tiananmen Incident.