China kept Lin Biao’s death a secret for awhile, and the public was not informed of it until two months later. Meanwhile, Lin’s supporters were either quietly purged or managed to find refuge in Hong Kong.

When the public was finally notified of his death, and of Lin’s assassination attempts on Mao, people were left feeling shocked and bewildered. Lin had been Mao’s hand-picked successor. It seemed impossible that their revered leader, whom they had worshiped like a god, could make a mistake. And this mistake was a biggie. A real biggie. Suddenly Mao seemed human and fallible in the eyes of the public, and not like a god, after all.

Mao himself felt bummed out about these events. He slipped into a cafard and secluded himself. His health deteriorated, and in January 1972, he suffered a stroke.

Mao wanted a successor who would continue his legacy, but now he didn’t know who to trust for that job. He grew nostalgic for the good old days, and for his old comrades who’d been purged at the start of the Cultural Revolution.

Zhou Enlai was still the premier, in spite of attempts by Jiang Qing to have him purged along with the rest of Mao’s old buddies. And Zhou encouraged Mao to rehabilitate some of his old comrades that Jiang and Lin Biao had purged. Zhou openly blamed the excesses of the Cultural Revolution on Lin, and used that as his excuse for trying to correct these excesses. Encouraging Mao to rehabilitate his old cronies was part of Zhou’s effort to repair the damage.

Up to this point, Mao had been suspicious that Zhou wanted to reverse the Cultural Revolution. But now Mao saw Zhou in a new light, and his suspicions eased for a short while. And so he decided to choose him as his successor, much to the chagrin of his wife, Jiang Qing. Jiang wanted to be the chosen one.

Now Jiang would have to plot much more seriously to discredit Zhou and push him out of her way.

At Zhou’s urging, Mao rehabilitated Deng Xiaoping. Deng was an old comrade of Mao’s, who was a veteran of the Long March and the Civil War. Deng had also worked under Liu Shaoqi, and he’d been purged at the start of the Cultural Revolution, at the same time as Liu.

Mao now had Zhou as his successor. But Zhou also needed a successor. So he chose Deng, and in 1974, convinced Mao to appoint Deng as Vice Premier. This put Deng in the position to not only succeed Zhou, but also to succeed Mao, after Mao and Zhou’s death.

This further angered Jiang, since she had been behind Deng’s purging in 1966. She regarded Deng as competition for power, and as a counterrevolutionary. She controlled the propaganda apparatus of the Communist Party, so she decided to use her power to do something about him. In 1975 she began a campaign to discredit him.

Mao dubbed them the Gang of Four. 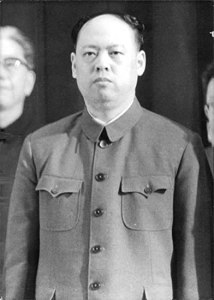 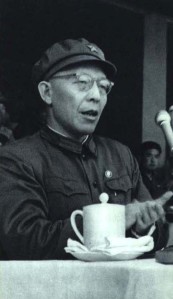 I’m taking a short vacation, so the next installment will be a little delayed, until Wednesday, September 16th. It will be entitled, Chapter 30: The Death of Zhou Enlai.