Mao’s return to power came with great pain inflicted upon Liu Shaoqi, until he eventually lost his life. Mao had no problem unleashing this kind of pain and suffering. But Liu Shaoqi was just one person. Many, many others suffered as well. Mao released a plague of pain upon his entire nation while usurping power from Liu.

When considering Mao’s legacy, it’s important to consider just how much he cost his country, and how much suffering he put his own people through. The price tag for his sadistic excesses was astronomical, setting China’s economy back for years. And millions upon millions went through hell. 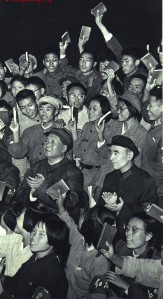 For instance, in August 1966, in what would become known as Red August, over a million Red Guards gathered at a rally in Tiananmen Square in Beijing. Mao Zedong and newly-annointed leader Lin Biao mingled with the Red Guards and gave speeches, denouncing enemies of the State that they insinuated had infiltrated the Party.

That’s when the chain-reaction of Mao’s dominoes fell out of control. A red terror swept out of this rally, beginning with a mass slaughter of officials in Beijing, and spreading rapidly to many other areas of China.

Most Red Guards were privileged urban youths. But workers, peasants, soldiers, common criminals, guttersnipes of all varieties, and millions of others occupying the lower strata of society, also joined in on the slaughter and became Red Guards. Yet none of this was necessary. Mao had already returned to power. He could have used this power to disband these Red hooligans and stop the killing. Only someone who enjoys causing pain would allow the killing to continue.

The police tried to intervene, but then Mao intervened with the police. He instructed the Party to issue a central directive warning them not to interfere. This warning threatened any law enforcement that stood in the way of the Red Guards, with being labeled as counterrevolutionary.

So the police stepped aside and allowed madness to descend upon the country. Thousands of government officials and members of the middle class were hunted down, beaten, and murdered. During the Red August of 1966, 1,772 such people were murdered in Beijing. In Shanghai that September, 704 people committed suicide, and 534 other deaths occurred, related to the Cultural Revolution. 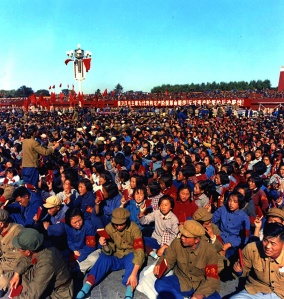 But this was only the beginning. Millions more would be brutalized and murdered by the Red Guards over the next few years.

An army of 12 million Red Guards ravaged the nation. They were given free rein by the government to travel the country, and could use the railroads without charge, as long as their purpose was to wage revolution. They committed horrible murders and atrocities everywhere they went.

They even turned on each other, splitting into factions and waging armed combat, Red Guard against Red Guard. Small civil wars sprang up in towns and cities of China, as warring sides fought each other for not being pro-Mao enough.

Come on back in a few days for the next installment, entitled Chapter 23: Out With the Old.