The First Trimester, Part 3: The Next Four Weeks

The First Trimester,
Part 3:
The Next Four Weeks

The ethereal umbilicus held me bound to my mother’s womb. But it was very long, so I had a lot of freedom. Willpower was my fuel. All I had to do was think about going someplace, and out of the womb I’d bound, soaring off to wherever it was. I was like a tetherball on a long rope. I’d swing off to this galaxy here, or that galaxy there. The physical realm has a lot of galaxies, and I could reach quite a few of them. 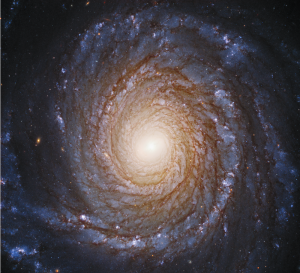 But not all of them. The rope had its limits. And gradually, those limits became more and more restrictive. Within a few weeks of my mother’s pregnancy I found myself very limited, compared to my first day. But I could still visit Andromeda, M33, the Magellanic Clouds, and a few other neighboring galaxies. I sojourned in their various solar systems and planets, and spied upon the creatures that lived in those worlds. I envied some of them, and wished I could have been conceived on their spheres, rather than on Earth.

Because, you see, the grass is always greener where you ain’t.

There were a whole lot of others in the same predicament as me, swinging by their tails, attached to a womb somewhere far away, whether from Earth or some other terrestrial object in the universe. We’d cross paths sometimes, but there was little time for conversation. If we weren’t coming, we were going, our minds agog in exploration, while slowly being reeled in by our mothers.

After three weeks of being reeled in by my own mother, I was limited to the Milky Way only. And after four weeks, I was cut down to just our solar system. My tail was growing shorter and shorter, and stronger and stronger, the longer it held me captive. I suppose its purpose was to draw me closer and closer to my mother, and get me more and more involved in my immediate environment.

This allowed for a gentle transition from the infinite freedom I enjoyed on the Other Side, to the confining strictures of human life.

I rested in the womb, those first few weeks, between my interstellar peregrinations. It felt kind of cozy there. But it also felt claustrophobic. I was in one sense attracted to the coziness, while in another sense repelled by the confinement. I could stand it for a little while, and even enjoy it some. But after a bit I’d get “womb fever” and have to get the hell out of there. So off I’d travel to visit a new star or planet.

The egg was kind of freaky to watch. It fascinated me, but I also hated it. I knew that egg was my prison. My tail was attached to it, and it was the egg that ultimately kept me from escaping back to the Other Side. It was like an anchor with powerful arms, that held onto a long line, and that kept pulling that line shorter and shorter.

I made several attempts to destroy the egg. I’d fling my cosmic body at it with light-speed ferocity. But I always passed through it without causing any harm. I finally gave up and surrendered to my sentence of human life.

When I first fertilized it, the egg was inside a long tube, which dumped it out at the top of the uterus. Then it kind of floated around in the uterus for awhile, like a hot air balloon. But one day, about a week after conception, it brushed up against the wall of the uterus and got stuck there, like an insect on flypaper.

Meanwhile, I could see that it was growing bigger and bigger, inflating like a beachball. And to my trepidation, I watched it elongate and kind of take the shape of a human body. That would be MY body, I gulped. I didn’t want to think that, but I couldn’t evade the truth, either.

My body started forming organs, including a heart and a brain. I could even see the heart in action, pumping fluids around. I was not inside my body. Nor could I get inside of this dreaded thing, even if I wanted. Okay I must admit that out of curiosity, I did try a few times. But I was relegated to being an outside observer, watching with fascination and horror as this future physical form of mine took shape and developed.

I also observed my mother. She was waking up in the mornings feeling nauseous. A couple of times she even threw up. And she was pissing a lot. And speaking of pissing, she was getting pissed off a lot, too. Any little thing was setting her off. First she’d get mad. Then she’d cry. Then she’d laugh. Then she’d wonder what the heck was going on.

And then she missed her period. And that’s when she put two and two together.

Four weeks after she punctured my dad’s rubber, and I punctured her egg, I was riding the rings of Saturn while she paid a visit to her doctor.

Come on back in a few days, or so, for the next installment of The Birth of Tippy Gnu, entitled, The First Trimester, Part 4: The News.