We’re now at Story #14, entitled The Lonely Wish, from my book, Go West or Go Weird. Today’s installment is Part 1 of 3.

I grew up on the move. From the day I was born, to the day of my 18th birthday, my family moved 19 times. And they usually took me with them.

There was that time in the first grade when my brother and I came home from school and our family was gone. A few hours later, as we sat tristfully upon the front porch, my mother pulled up and saved the day. I can’t blame her for forgetting us. She had five kids, pets, and a shitload of possessions to transport. Her brain must have been frazzled.

I changed school 13 times while growing up. Because usually when we moved it was to another town, far away.

We weren’t in the military. Nor were we gypsies. Basically, we were just dirt poor vagabonds. So sometimes we moved because the sheriff had posted an eviction notice on our door.

My stepfather was a drunk, liverish, child-abusing and molesting pervert. I suspect that some of the moving was his attempt to escape his own miserable self. But he was also eternally discontent with his employers. Sometimes he’d move us a hundred miles, just to get a nickel-an-hour more in wages.

I got so accustomed to the vagabond life that I thought it was normal to move around like that. That is until other kids would regard me with astonishment when they discovered how many different schools I’d attended.

But I liked moving. It taught me the fine art of making enemies and then skipping town. Moving gave me the courage of a coward. I could behave with bravado, and then, just when the bullies were plotting a pummeling, I’d stop showing up to school without warning. Because we moved.

In fact, I liked it so much that I continued moving as an adult. From age 18 until age 32, I moved 29 times. I even figured out how to move a lot while in the military, and got myself stationed to three different bases over four years, not counting basic training and tech school.

It was the escape that motivated me to relocate so much. I became addicted to washing my hands of my current situation and starting out anew. I felt safe with noncommitment. And like my stepfather, I might have been trying to get away from myself. Though not for his fucked up reasons.

But deep down inside lay a desire to settle down. And by age 32 I could no longer suppress this yearning. I succumbed to the domestic life. I got married and moved into a house, where I lived contentedly with my wife for the next quarter century, while holding down the same job. We finally moved, but only because it was to a nicer house that my wife inherited. And here we plan to remain until we die.

When I was in my 20’s, the loneliness of the peripatetic life would sometimes well up inside me. And I knew my soul couldn’t survive if I remained fiddlefooted into old age. I pined for an anchor. I wanted someone to give my love to. And for a few fleeting moments my vacant heart would be ready for commitment.

During one of those wistful moments, I pondered how it would feel if this vagabond life were to continue forever. And these ponderings evolved into a plot. And that plot became the basis for a fantastical story. A story that I naturally had to imprison on paper, lest it escape my mind the way I had escaped so many of my addresses.

Come visit this inmate of a story and give it some company. And learn a lesson from a very old man who stayed on the move, and the lonely lengths it drove him to. 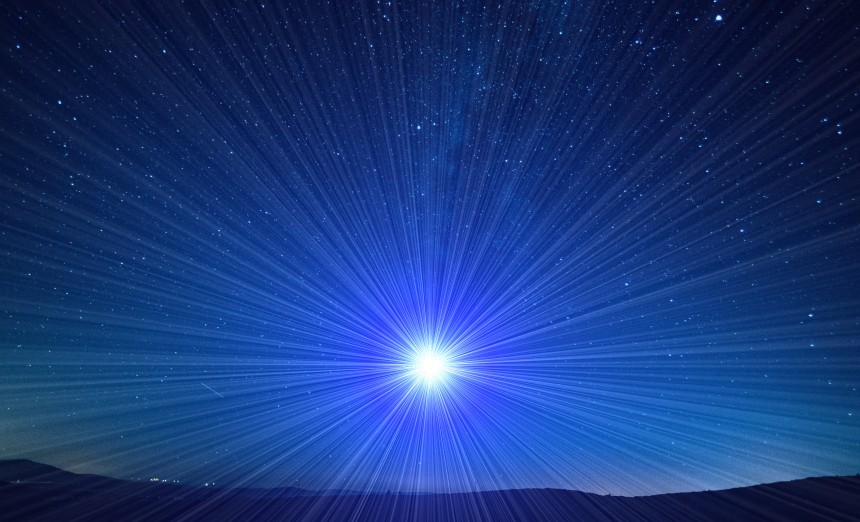 I’m lookin’ for a lady name of Penelope Frooze. Been lookin’ since I was twenty years old. She’s prob’ly a rich woman by now, and she no doubt lives in a mansion. An’ I’ll bet she’s young and beautiful. I’d like to find her again. Because last time I found her, she became the luckiest woman in the world.

I met Penelope in 1969. But it all began more than a hundred years earlier, in 1864. I was 46 years old at that time, an’ just a poor white trash dirt farmer workin’ a spot o’ land down in Georgia. In 1864 the Civil War was breakin’ things up down there in Georgia like a fire at a barn dance.

One day some Yankee soldiers rode onto my farm. These here soldiers were interested in pillagin’. It was Sherman’s way of winnin’ the war. They wanted to loot, murder, and destroy. They tried to kill us all, but I escaped and ran into the woods with two of them soldiers chasin’ me on a’horseback. One of ’em got in a lucky shot and shattered my elbow with a minie ball. I just kept a’runnin in spite of the pain. Into the woods and into the woods, deeper and deeper.

Got away from ’em, but the next day I come back to the farm to see what they’d left behind. Nothin’—there was nothin’. They’d murdered my wife and kids, burned out my crops, and taken all my possessions—what few I had. To pour salt on my wounds, they’d torched my house before they left.

So that’s what I got out of the Civil War. I got a ruined farm, a crippled arm, and a poor little graveyard for my family.

With my crippled arm I wasn’t worth much to no one, not even to myself. So I left my farm and began wanderin’. In my wanderin’s I began to think of just how cruel this here world was to me. And the more I thought about it the more I felt sorry for myself. And then the more depressed I got.

A few years went by though, before I wound up at the end of my rope. By this time I was a half-starved rail of a man, dressed in rags, and sufferin’ from premature old age. I looked old and frail—bait for the wolves. And inside myself I felt even older. By this time my life wasn’t even worth one old Confederate dollar to me. I just felt totally worthless and was ready to put an end to it all.

I went for my last walk on this cruel earth the evenin’ of October 17th, 1866. Walked on over to a little bridge that spanned Fetchtoe creek. The waters of Fetchtoe rushed furiously through a big maze of rocks, so I figured by jumpin’ in, it wouldn’t take long for me to be dashed to pieces and die.

There was a clear, starry sky that October evenin’, and it made me happy to be under it, in spite of my dreary self. The constellations were beautiful—shinin’ so brightly up there. So when I reached the bridge I paused for a few minutes to take the great sparklin’ sight in. It would be the last good thing I’d see, so I figured I should enjoy it while I could.

But then, while lookin’ to the east, I all of a sudden saw somethin’ real strange. It looked to me like one of those night stars out there was bustin’ apart and explodin’. It kept gettin’ bigger and bigger and bigger, and kept throwin’ off all kinds of different colors. It looked red and gold and yellow and green and blue, and shined so bright it took up almost all the eastern horizon.

So I watched with my eyes and mouth a’wide-open at this grand celestial display and began to ask myself why this was happenin’.

And then I thought, perhaps it’s a lucky star. Perhaps it’s one of those stars you hear-tell you can wish upon and things will come true.

Well seein’ that star, and how unusually bright and colorful it was gettin’ to be, anythin’ was beginnin’ to make sense to me. So I figured I’d try it. I figured I’d just make mahself a wish and see if anythin’ come of it.

“Star,” I said. “Star, if you be my lucky star, then I’d like to make me a wish. I wish you could make my crippled arm well again.”

I felt a little silly after makin’ the wish, ’cause I knew I was just indulgin’ in child’s play. But then all of a sudden I felt a warm sensation in my elbow. The same elbow that Yankee soldier put a ball into.

So I tried movin’ my arm up and down, and as sure as catfish live in the mud, it began to work. I swung it up and down with no problems a’tall. There was no stiffness, no pain, nothin’. Just freedom of movement, the way I used to have it.

I looked back up at that star and began cryin’ with happiness. “Thank you star,” I said, “thank you.”

Didn’t kill myself that night. Instead, I went to bed and fell asleep playin’ with my arm. I was a happy man that night, and slept very well. 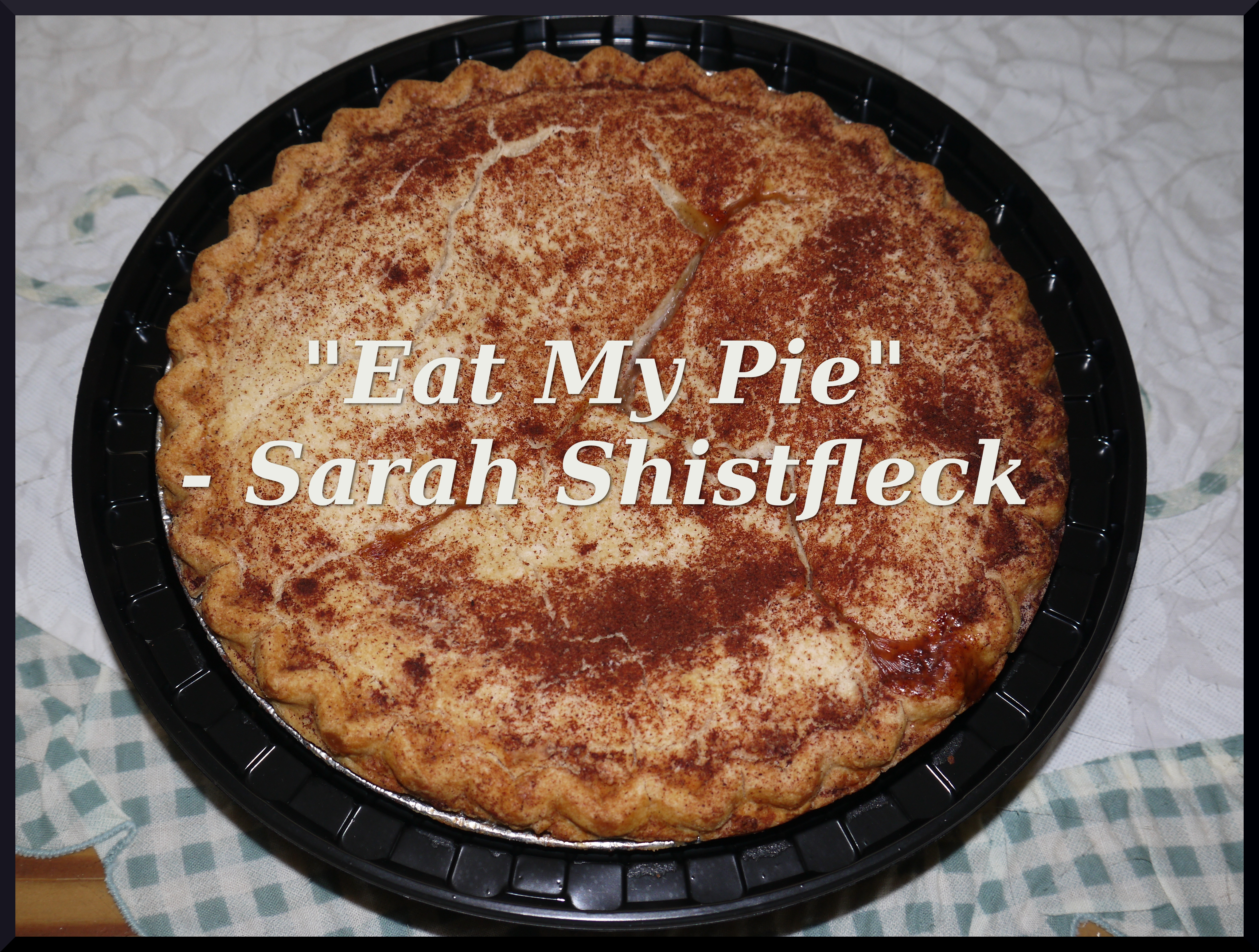