The Arm of Cape Cod

The Pilgrim Monument, in Provincetown, Massachusetts. At 252 feet, this is the tallest all-granite structure in America. It was completed in 1910, and commemorates the pilgrims’ first landing. Yes, the pilgrims first landed at the tip of Cape Cod, in 1620. But they couldn’t find any unicorns, so they got back on the Mayflower and headed for Plymouth, where unicorns thrived in abundance.

My damned unicorns have forsaken me. They don’t come out to play anymore. They’ve all run off. Headed for the hills. And no matter how much I chase them, I can’t run fast enough to catch the bastards.

That’s because I’ve been in a lot of pain lately, and unicorns hate pain. 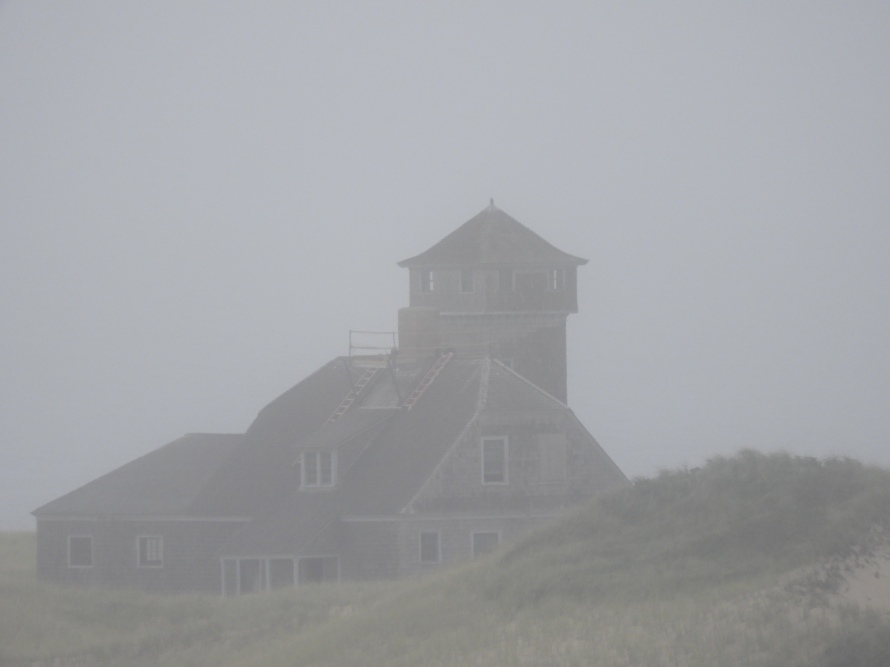 Pain makes my brain as murky as a Cape Cod fog.

Pain is sameness, and sameness is the opposite of a unique experience. My pain happens to be physical. I have one bad neck and two bad shoulders, which have given me a lot of trouble over the past five or so years.

I woke up about three weeks ago with a neck as stiff as a zombie’s. And a Great White Shark was chomping down on my neck. And, goddamnit, there was a sadistic carpenter driving a large nail through my left shoulder and arm.

Great White Sharks use Cape Cod as a tourist destination. They’re attracted by the fine food, that is often garnished with surfboards, bikini tops, and other decorative plate arrangements.

This pain has not relented, and has no end in sight. And that’s why my unicorns have run off.

Where or where did my unicorns go?

So for me these days, there is no such thing as a unicorn. I can’t have any fun. Nor can I be any fun.

Provincetown, Massachusetts at the end of the clouds, from the shores of North Truro, on Cape Cod. Provincetown is where all the tourists go for fun, so maybe that’s where my unicorns went.

But that’s not going to stop me from trying. My pain-crazed brain has come up with an idea. I’d like to propose the world’s first geophysical transplant. I think I need a new shoulder and arm, and I have just the shoulder and arm in mind:

The arm of Cape Cod from outer space.

I know it sounds crazy, but check it out on a map. You’ll see that Cape Cod is shaped just like a person’s brachial appendage.

My wife and I visited Cape Cod a few months ago, and we had a memorable time. I remember a cool breeze blowing across the dunes of the Cape, at Cape Cod National Seashore. That cool breeze would feel so refreshing right now, curving over my burning shoulder.

A cool breeze was stirring up this large, American flag. I wish I had bottled that breeze up and taken it home.

The surf also felt cool. I can imagine right now pouring that sparkling Atlantic water, like soothing unguent oil, deep into the dried out bursa sacs of my shoulder joint. 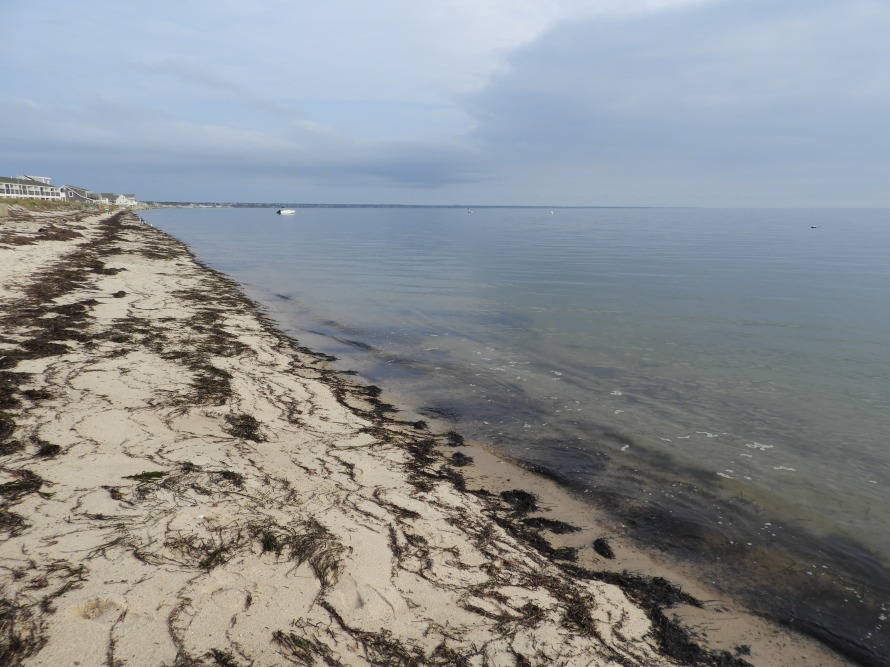 I remember the wet sand of the beach squeezing between toes, gently massaging bare feet. I’d like to press that same wet sand between the glenohumeral joints of my shoulder, and feel it snuff out the fiery coals, and smoothen and slicken the rough, bone-spurred surfaces. 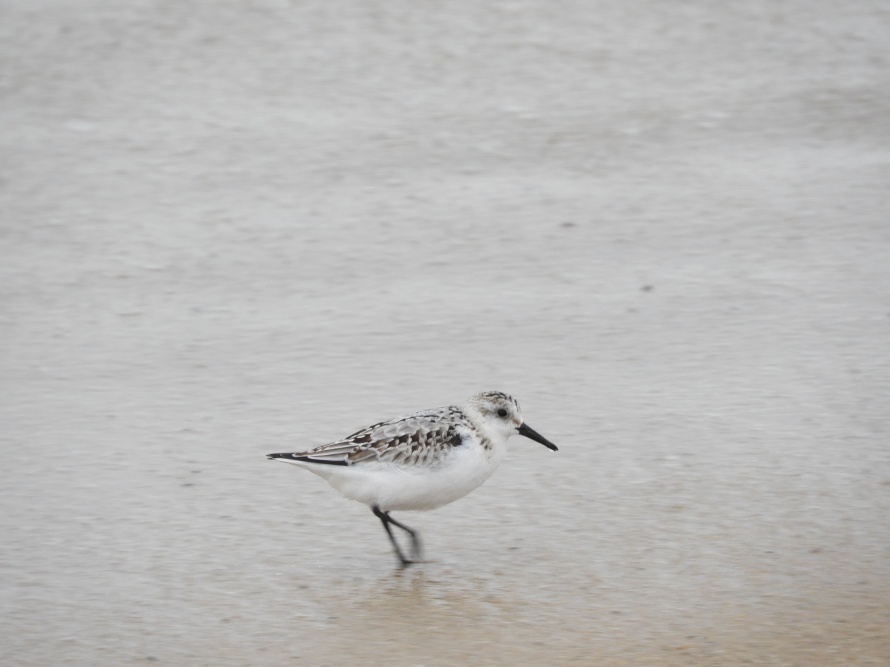 This Unicorn Bird is enjoying a cool foot massage as it wades through the wet sands of Cape Cod.

And I recall that the weather was overcast, giving the water and sky the same color. It conveyed a continuum. A sense of harmony and peace. A blending in with the universe. An infinite vista of surrender to serenity.

Shoes against the horizon.

My favorite memory was when we lounged upon the beach of Cape Cod that lazy, overcast afternoon. We gazed sleepily at the invisible horizon, and allowed our thoughts and cares to surcease and dissolve into the peace this peninsular arm offered. 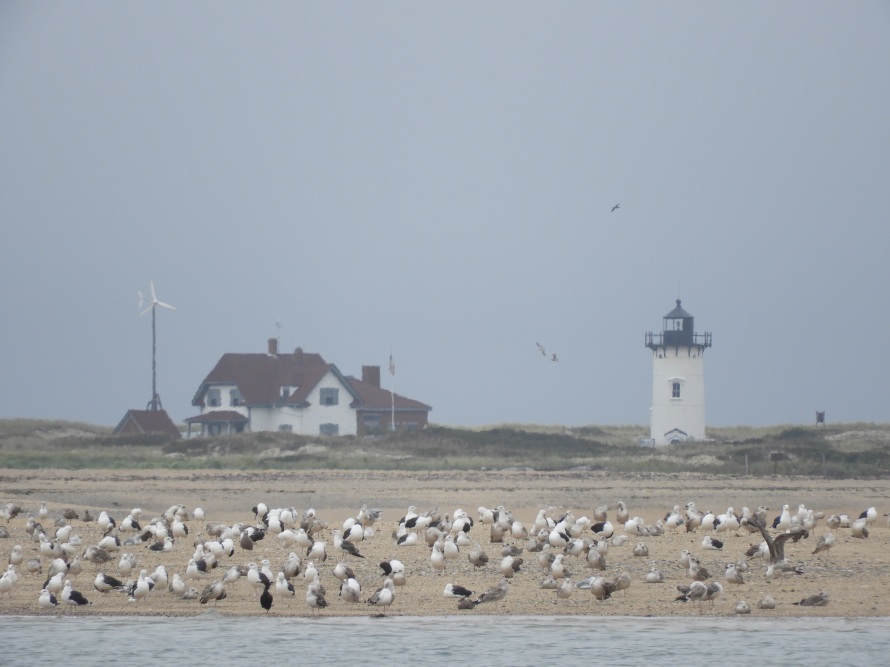 Race Point Lighthouse, built in 1876, at the entrance to Cape Cod Bay. This is where seagulls congregate for peaceful communion and meditative reflection.

This is the sort of arm I want right now, if it was somehow possible to perform a geophysical transplant.

For it’s the only kind of arm that can catch a unicorn. 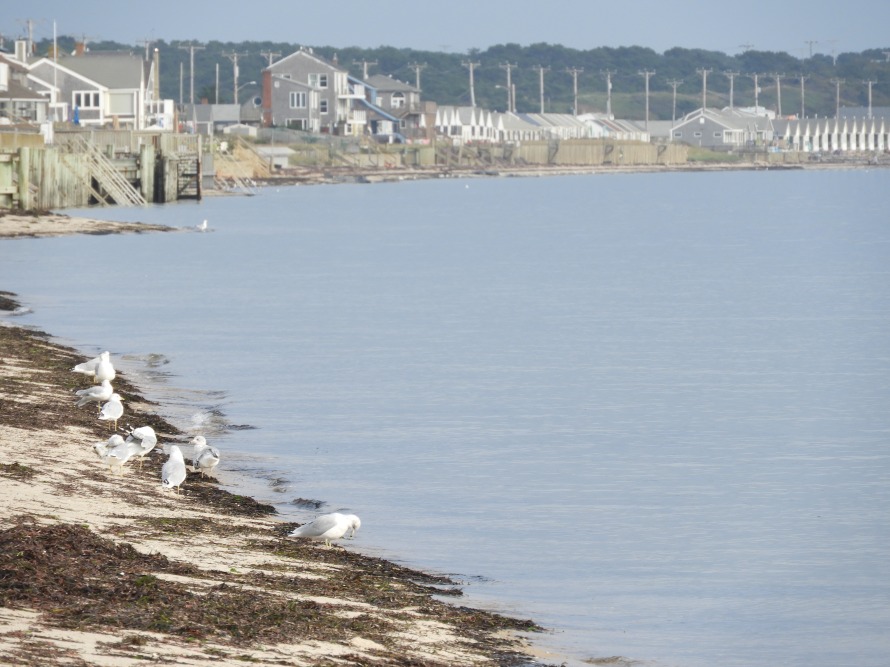 A grounds-eye view of birds, and the bending arm of Cape Cod.