I recently visited the state of Colorado, which is one of the first states to legalize the recreational use of marijuana. During my peradventure at the high altitudes, I noticed a profusion of advertisements for this leafy product.

This service station in Colorado offers an unusual mix of products.

The ads left me curious. I wanted to try the substance myself. I’ve never smoked marijuana, but there was that one time many years ago when I got a buzz from second-hand fumes. In other words, I’m the opposite of Bill Clinton. I’ve never smoked it, but I have inhaled.

The stuffy relatives I visited were all against grass, and did not like their new, libertine laws, so I decided not to wear out my welcome by experimenting. But in less than six months, recreational marijuana will be available for purchase right here in my great home state of California.

California, you usually lead the way in liberal social trends. What the hell has happened to you? Why have you been lagging so far behind?

But better late than never. In six months I’ll be able to sashay down to a local pot shop and pick up a dose of cannabis, and all in the name of recreation rather than some fake medical excuse.

I suppose if they ever legalize prostitution in Colorado, their service stations can offer gas, grass, and ass.

So now I’m debating internally as to whether or not I should actually try it. Shall I pluck the once-forbidden fruit and consume it? Will it open my eyes? Or will it destroy my personal Eden?

I decided to do some research, and see what the experts have to say about the dangers and benefits from marijuana use. Here’s what I have discovered:

TRAFFIC DANGERS
A 3% increase in collision claims has occurred in states that have legalized recreational marijuana. ~ Highway Loss Data Institute.

Highway fatalities in Colorado are at near historic lows. ~ The Washington Post

Traffic searches by highway patrols in Colorado and Washington dropped by nearly half after the two states legalized marijuana in 2012. ~ NBC News 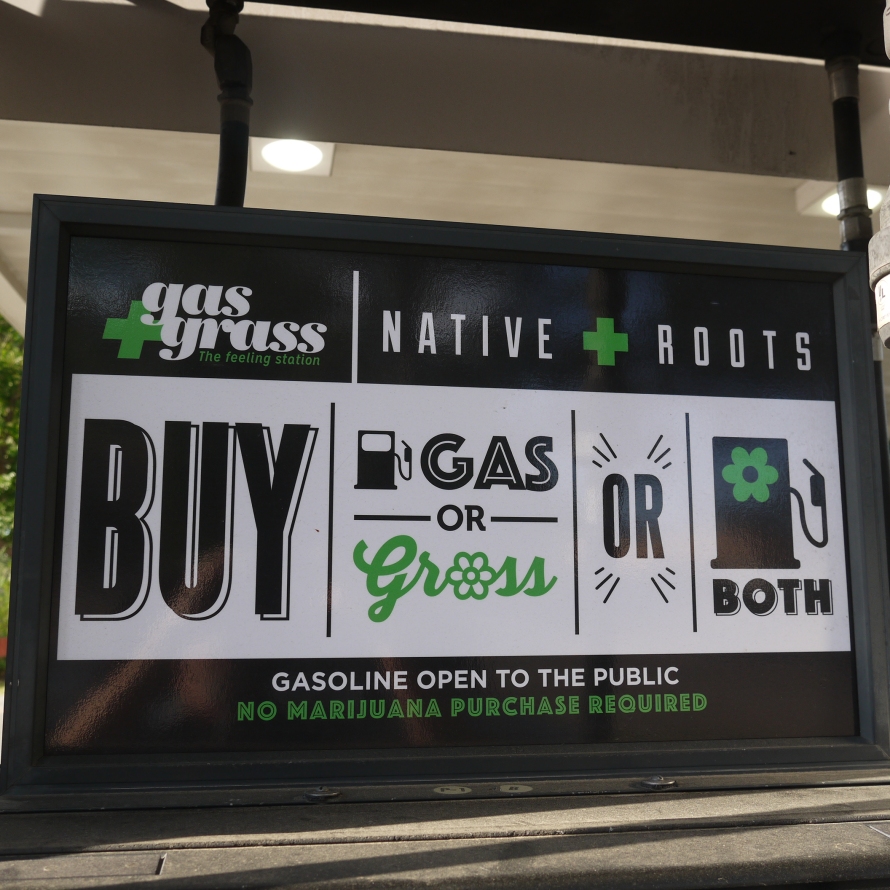 It’s nice to know you don’t have to buy marijuana in order to get gassed in Colorado.

It’s a myth that marijuana causes sterility, and marijuana has little evidence implicating it in fetal harm, unlike alcohol, cocaine or tobacco. ~ http://www.canorml.org/healthfacts/healthmyths.html

VIOLENCE BENEFITS
Legalizing marijuana will eliminate much of the violence and corruption that currently characterizes marijuana markets. ~ Cato Institute

SPIRITUAL DANGERS
Marijuana use has adverse effects on your aura and soul. ~ http://cosmic-living.com/uncategorized/is-marijuana-ok-from-a-spiritual-point-of-view/

MY CONCLUSION
With all the contradictory information and opinions I’ve read from all the above experts, I can only conclude one thing:

They’re all smoking it!