Pie in the Sky

My wife and I spent a week last month hunting for unicorns. We were pretty successful. We drove all over the south of Utah, and spotted many of these magnificent one-horned beasts. 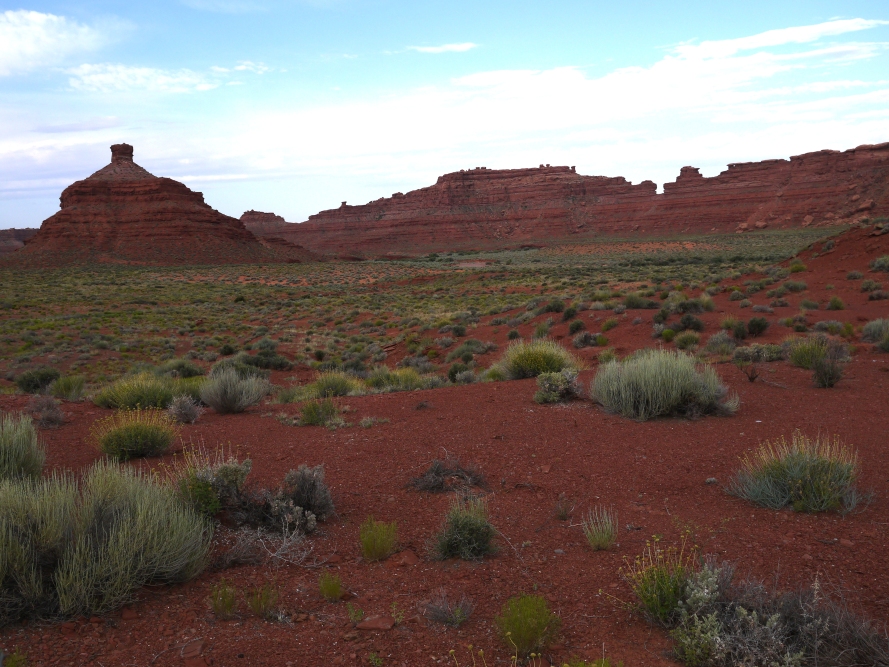 At the edge of the Valley of the Gods, near Highway 163. This area has served as a backdrop for western movies, commercials, and TV shows, including a few episodes of the BBC TV series, Doctor Who.

Early one morning we were cruising down Highway 163, just outside of Bluff, through prime unicorn territory. Highway hypnosis crept into our car and I got the urge to nod off. My masculine mindset told me to stay in control and handle it like a man. So instead of turning over the wheel to my wife, I got the clever idea to rest one of my eyes. But to forfend tragedy I put all my mental effort into keeping the other eye as wide open as possible.

Problem was, my other eye started to demand equal time. It was begging to rest for “just one second.” It pled so earnestly, and felt so heavy, that I finally acceded to its demand. My groggy brain reassured me that I’d be able to see clearly through both my eyelids.

I was flooded with a feeling of blessed relief, until my wife broke my reverie with a blood-curdling scream.

Mexican Hat, at the north entrance to the Navajo Nation, on Highway 163.

My heart surged, and blasted my eyes open just in time to witness a purple unicorn the size of a Del Mar thoroughbred, standing athwart the roadway. There was no time for brakes or evasive action. Its legs were mowed under, and its back hammered the hood before it bounced over the roof.

“Holy shit!” we both yelled.

The one-horned equine was thrashing about on the shoulder of the road as I ran up to it. I feared I’d have to shoot the poor thing. But then a miracle happened. The unicorn gathered its legs, struggled to its feet, shook itself, then cleared its throat.

It glared at me with fiery pupils, quivered its lips, and ordered in stentorian English, “Get on my back!”

By now you might think I’m crazy. But you must remember that unicorns are magical, and full of many surprises. Every unicorn is different. This one just happened to possess the power of speech.

And it spoke sublimely, and with gravitas, from the depths of its barrel chest. I couldn’t resist such an authoritative voice. So I helplessly swung my leg over its bare back without argument, and it galloped away, carrying me off while leaving my bewildered wife by the side of the road.

Monument Valley, Utah, in the Navajo Nation, from Highway 163. Perhaps you recognize it. This small area has been featured in many photos and films that depict the American West. In fact, director John Ford often used this landscape for his famous western films.

It took on the role of a cicerone, and gave me a guided tour of the Navajo Nation. The air all around glowed with sparkling stardust. It seemed we were passing through a fairytale land. The unicorn used its long sharp horn to point out sandstone escarpments and majestic spires.

It solemnly explained to me that this was a country for dreamers. For those who longed for peace, love, equality, and brotherhood and sisterhood, and who actually imagined these things to be possible.

Then the magic horse growled a warning, advising me to respect this land and use it wisely. I was instructed to spend my time here in deep meditation. And I was to relax in the shade of giant obelisks, while reading cool, dulcet philosophies that strike a soothing tone deep within the heart.

My four-legged tour guide adjured me to cultivate lofty ideals. To bake pie in the sky. And it quipped that pie in the sky was the lightest pie of all.

Monument Valley, with the pinnacles known as Rabbit Ears in the middle.

I was taught that this was a land for impractical dreamers. For the hippy-dippy, and for those who wear rose-colored glasses.

A lifetime of watching western movies will familiarize anyone with scenes like this. Rabbit Ears is to the left. I believe the butte on the right is known as Rain God Mesa.

We loped between inselbergs that appeared more fantasy than reality. The unicorn revealed that in this desert, fantasy and imagination are the water that slakes the thirst of the people. Mossback reactionaries cannot sustain themselves here, and wizen and dry to dust in the eolian breeze. To survive, you must be able to dream.

We returned to my automobile at an easy hand-gallop. I settled into the driver’s seat, anxious to blurt out to my wife all the wonders I had just witnessed.

But just then she blazed at me with shotgun eyes, and screamed, “Oh my God, wake up! AHHHHHHHHHHH!”

The fantastic cinema screen of my eyelids instantly lifted. I detected peril approaching at 65 miles per hour, and in a trice, guided the car back over the center line, and into the right lane.

I shook my head to make sure I was fully awake. Then I glanced with trepidation at the passenger side, expecting a scolding from that quarter. But my wife was snoring with her head thrown back, and apparently had been oblivious to everything. Phew! What a break!

I decided I would never confess. Hell, I’m no fool. She’d go batshit if she knew I’d fallen asleep at the wheel. Besides, I rationalized, at no time was she in any real danger. It was still early in the morning. Traffic was light. And that approaching truck had been a good hundred yards away when I corrected our lane. So no harm, no foul.

Over the next horizon I spotted a line of mammoth sandstone cliffs, and aiguilles that reached for the sky. Perhaps for pie in the sky. I recognized this scene, and remembered my dream. Amazingly, this was the selfsame dreamscape I rode through on the back of the unicorn!

I shook my head again, to make positively sure I was fully awake. Then it occurred to me that I should get a picture of this landscape, so that I would never forget the beautiful dream I had just experienced.

I pulled the car over and dug out my camera. Right next to some road kill.

It was a dead unicorn.

Highway 163 passes through Monument Valley. You probably recognize this roadway from numerous commercials and films. It seems to evoke fantasy, and lures dreaming travellers into pulling over to take aim with their cameras.