Caterpillars in a Tent 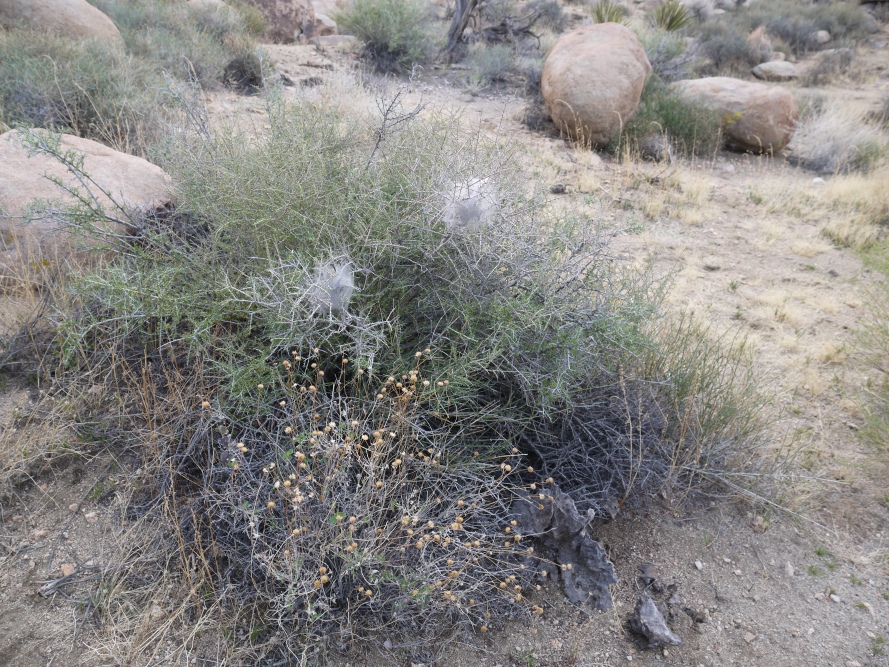 What the hell are those webs?

I roll out of bed at 4:30. Sun’s gonna rise in less than two hours. Gotta get to it. But I’m not safe in a hurry. I knock my middle toe against the spade foot of our antique table. Goddamn! I splatter toothpaste into my eye. I bang my head on an open cupboard door. Curse, curse, curse. 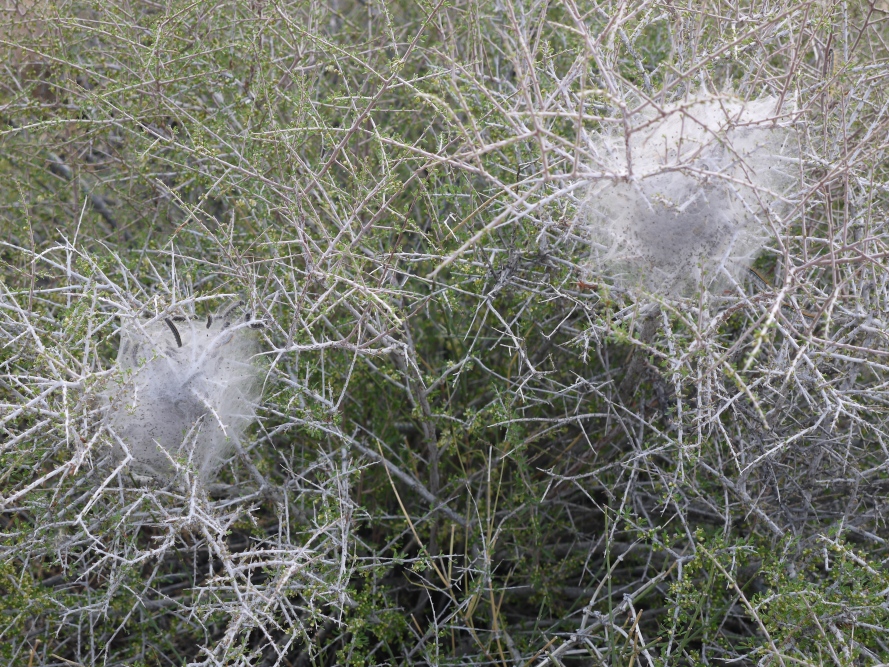 There’s something moving around, inside those webby tents.

I hustle my backpack and camera into the car and slam my fingers in the door. Some rock-and-roll dancing, and swearing works the pain off. Gotta get to the national park before the hoards of hikers start swarming all over it, as they do this time of year. I prefer my trails unpeopled. 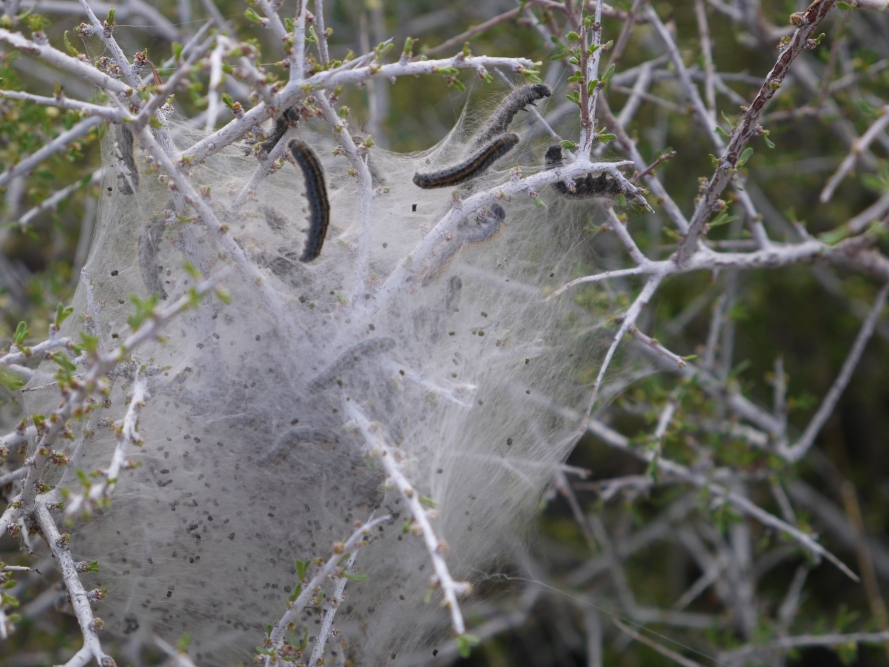 Tent caterpillars. There are 6 species of these in North America. This is the Western Tent Caterpillar.

Five minutes before sunup I hit the trail. It’s fucking cold! I’m tired and in pain. I stumble over rocks and damn near turn an ankle. Tromp, tromp, drompf. Whoa! I nearly lose my balance cutting down an embankment. I jut my arm out for ballast and my hand gets punctured by the rapier blade of a yucca. Shit that hurts! 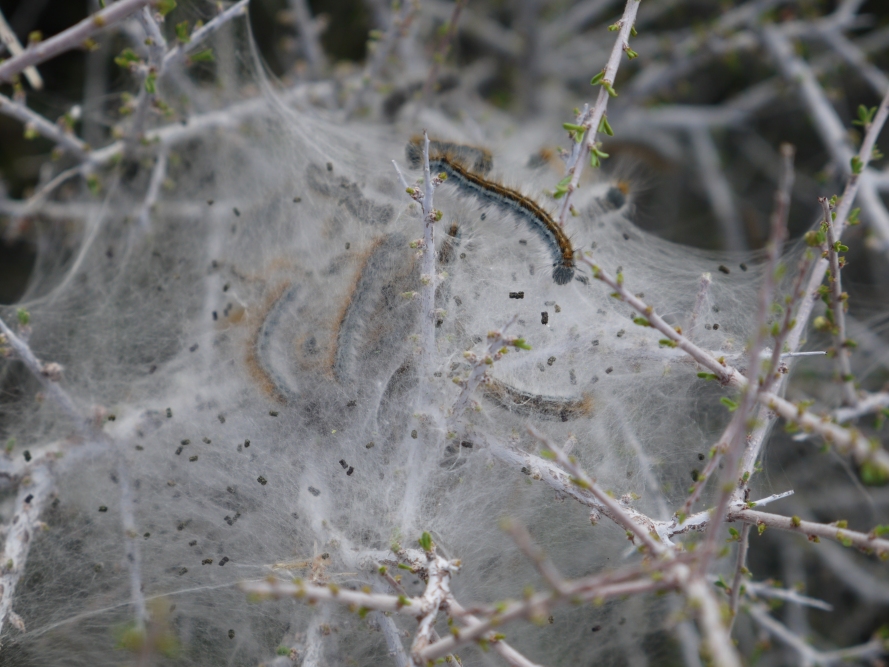 Aren’t they cute? Tent caterpillars are among the most social of all caterpillars. I caught them during their morning kaffeeklatch.

I drop my pack in a little rocky cove and set my camera up. I pinch my finger in the tripod. Fuck!

A few landscape shots and then, what the hell is that over there? Cobwebs in a bush? On close inspection I find a mass of caterpillars in the webs. What the hell are these anyways, some sort of desert silkworm? Yes, they are. They are Western Tent Caterpillars, and they are spinning a silky-web home.

They hatch in late winter, and quickly build their tents, like good little scouts. They locate their tents where they’ll catch the morning sun.

I snap lots of pictures of these fuzzy fusiforms. My tired, clumsy hand brushes the twigs of the bush, sending vibrations into their tents. They freeze instantly. This reaction probably saves their lives whenever a bird, lizard or other predator comes near.

They need the sun to raise their body temperature, so they can digest food. Various compartments in their tent will trap heat, raising temperatures as much as 30 Celsius.

I’m hiking back to the car and spy a solitary hiker coming toward me in the distance. It’s official, the trail has now become too crowded.

The forenoon heat makes me wish to God I had changed into shorts before beginning my exodus. This motherfucking desert is brutal. I’ve hurt myself, frozen, and roasted just to do what I’ve done this morning. Was it worth it?

Of course. I saw caterpillars in a tent. 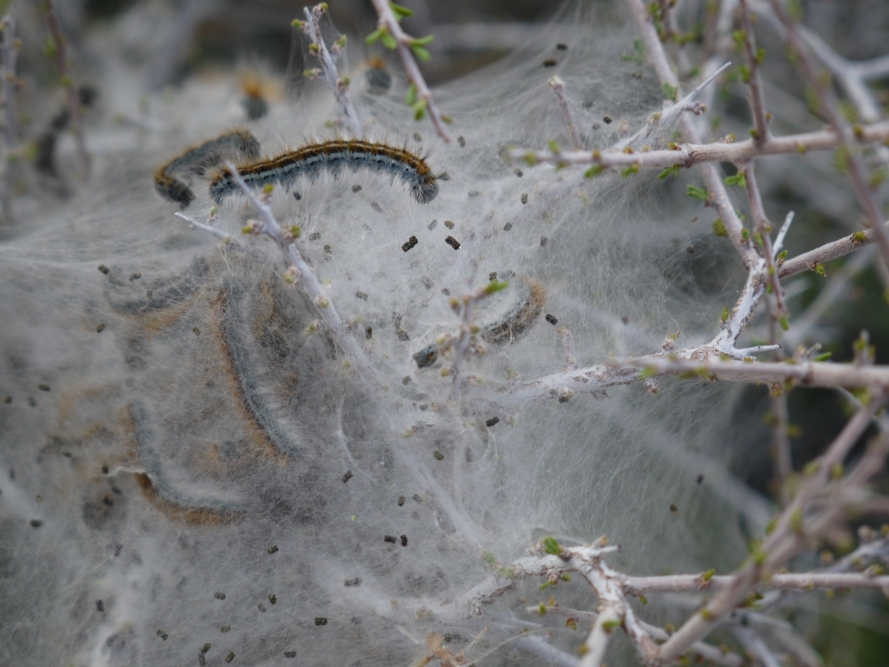 The tiny flecks in the web are caterpillar poop. Tent caterpillars are inefficient digesters, and poop a lot. After about 8 weeks of eating and pooping, they spin their cocoons. 2 weeks later they emerge as moths. The moths often mate and lay eggs the same day they emerge, with the female dying soon after laying her eggs. Female moths may live less than 24 hours, while male moths may live a week or more. It’s nice to know that somewhere in the animal kingdom, males live longer than females.