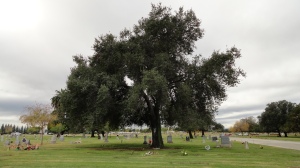 Where rappers rap it up.

Why do people keep killing rappers? I’m no fan of the genre. And I can certainly understand why someone would want to shoot those who play this music so loud, every house in the neighborhood vibrates. But why kill the rappers, themselves? It’s just music, everyone.

The latest rapper to bite the dust was a rising star from Atlanta, named Bankroll Fresh. Last Friday night he was standing outside his recording studio, when blangdiddy, blam, blang, bang, a hail of bullets cuts him down. He was only 28 years old. No arrests have been made.

Here’s a list of other rappers that have been murdered:

Big Hawk: 1969-2006. Shot dead by an unknown suspect, when he went to a friend’s house to play dominoes. No arrests have been made.

Bad News Brown: 1977-2011. Found dead in an alley, apparently the victim of violence. The case is still unsolved.

Camoflauge: 1981-2003. Gunned down outside of Pure Pain recording studio, while walking his toddler son. Whodunnit? Not me! Nobody knows, who’s willing to talk.

Doe B: 1991-2013. Shot at the Centennial Bar and Grill in Montgomery Alabama. His killer, who had been in an ongoing dispute with him, later turned himself in.

Half a Mill: 1973-2003. Shot in his apartment in Albany, New York. Details about the shooting are sketchy.

Jam Master Jay: 1965-2002. Shot execution-style in a recording studio in Queens, New York. Suspects exist, but no one has been convicted.

Lil Phat: 1992-2012. Shot outside a hospital in Sandy Springs, Georgia, while awaiting the birth of his daughter. Three men were convicted of this murder in 2014.

Mac Dre: 1970-2004. Shot while a passenger in a van, in Kansas City, Missouri. There have been no leads or arrests in this case.

Magnolia Shorty: 1982-2010. This female rapper was shot 26 times, in New Orleans, in a double-homicide that also took the life of Jerome Hampton. In 2014, Gregory Stewart confessed to being one of four men who participated in this gang-related shooting. This was part of a plea agreement that resulted in no prosecution for the murders.

Pavlos Fyssas: 1979-2013. This Greek anti-fascist rapper was stabbed to death in Athens by a member of the neo-Nazi party, Golden Dawn.

Proof: 1973-2006. Shot four times while playing a game of pool that turned into a heated argument. Proof first shot and killed Keith Bender. Then Bender’s cousin, Mario Etheridge, shot Proof twice in the head and twice in the chest. Authorities determined that Etheridge was acting lawfully, in defense of another. Even if he did shoot him four times.

Sabotage: 1973-2003. This Brazilian rapper was shot four times in the head and chest. No arrests have been made.

Seagram: 1970-1996. Shot in a violent neighborhood of Oakland, while exiting a van. It’s still an unsolved mystery.

Soulja Slim: 1977-2003. Shot four times on the front lawn of his mother and stepfather’s home, in New Orleans, by an unknown gunman.

Stretch: 1968-1995. Shot four times in the back while driving his minivan, in Queens, New York. The murder is unsolved, but many believe Tupac Shakur was behind it.

The Notorious B.I.G: 1972-1997. Considered one of the most influential rappers of all time. But it’s rumored he was behind the shooting of Tupac Shakur in 1996. This young man was gunned down in a drive-by shooting in Los Angeles, while stopped at a red light. His killer has never been arrested.

Tupac Shakur: 1971-1996. Got into a brawl with Crips gang member Orlando “Bobby Lane” Anderson, in Las Vegas. A few hours later he was murdered in a drive-by shooting. Fellow rapper, Suge Knight, was with him, and received a head wound. Las Vegas police discounted Anderson as a suspect, and only interviewed him once. The murder remains unsolved.

VL Mike: 1976-2008. Shot in New Orleans while exiting his vehicle. An unknown assailant escaped on foot.

Yaki Kadafi: 1977-1996. This friend of Tupac Shakur was accidentally shot in the head two months after Shakur was killed. His killer served 10 years in prison.

That’s 26 murdered rappers, not counting our most recent, Bankroll Fresh. 18 of these murders, or 69%, remain unsolved. That seems like a hell of a high rate of unsolved murders. By the way, what is this about shooting rappers four times? What’s with the number four?

I guess if you want to get away with murder, shoot a rapper. You have about a 69% chance of never being caught. And if you do get caught, there’s a good chance you’ll beat the rap, so to speak.

And that about raps it up.